An accident as an eight-month-old has left Michael Boateng with a burn down the left hand side of his face.

“You can always feel someone staring. I know when I’m being stared at – I can feel eyes on me,” says Michael, 30.

Michael is one of thousands of people with a facial difference that the charity Changing Faces says endure multiple challenges on a daily basis.

Its report, My Visible Difference, says:

Over the years, Michael has learned to return the stares with a smile and he says having children has made him understand curiosity more than ever.

“When Jacob was two, he was just feeling my face and you could see in his eyes him noticing it was different,” Michael says.

“When he was three, three and a half, he asked me about my face – I told him it was a burn.”

Michael says that despite the challenges, he has started to see his difference as an advantage for his children, as something that will make them more tolerant.

“Now I see it as a massive advantage for my children, having this burn, and they can ask me all the questions it would be difficult to ask anyone else.

“They will be more rounded and it will help them become better people.”

His wife, Jo, says: “And it teaches them about empathy towards others and being kind, not judging people for the way they look.”

Michael’s prosthetic ear, fitted when he was eight, also provides lots of fun for the family.

“They are fascinated with your ear that flips on and off – they do love the ear,” laughs Jo.

‘I wanted to protect him’

Michael and Jo, from north London , met six years ago on a dating website.

“We went for dinner, I wasn’t taken aback or anything, I was curious to know what had happened, but I wasn’t shocked or put-off or less attracted to him at all,” she says.

“I didn’t ask what had happened and on the fourth date he told me. It was nice because he’d opened up and I hadn’t had to ask.”

Jo says the staring is not just something that affects the person with a facial difference – it impacts on their loved ones too.

“I was very aware of it when we first started dating, I found it really uncomfortable, I wanted to protect him and say, ‘What is wrong with you? Stop,'” she says.

“And also everyone asking, they wanted to know the story behind it.”

Michael says the story behind his burn is one that haunts his mother.

He was eight months old and managed to crawl across the bed and fall off, becoming wedged between the bed and a hot water pipe that ran under the radiator.

“When you have children yourself, you realise how much guilt she must have had,” he says. 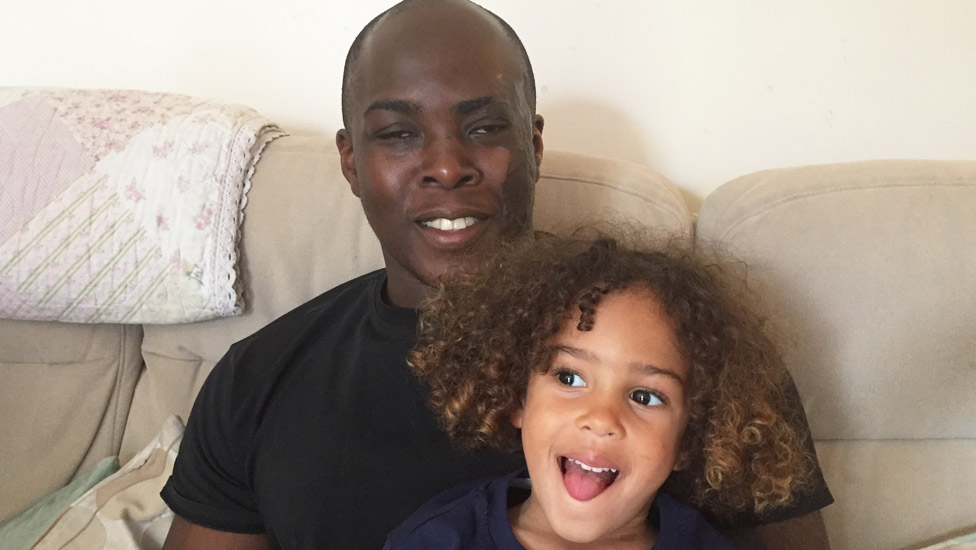 Having a facial difference

Changing Faces chief executive Becky Hewitt says that while things have improved, people with a visible difference still face “multiple challenges” such as:

“We need to act now to challenge stigma and prejudice, achieve better representation for people with visible differences across the media and in brand campaigns and increase awareness and education across schools, workplaces and amongst the general public,” she says.

Michael says: “I’d love for natural equality – the kind you get with children who ask questions and are inquisitive. There is no judgement, just curiosity and a desire to understand.”

If you are affected by a visible difference, Changing Faces can be contacted via their website or on their helpline number, 0345 450 0275.

Teens in care in Birmingham 'without food or bedding'